“OKO” Association” with the support of Ukrainian Society for Non-Destructive Testing and Technical Diagnostics and associated companies such as ULTRACON-SERVICE, PROMPRYLAD, UkrSRINDT hosted annual exhibition and conference “Non-Destructive Testing-2019” in Kyiv, on May 15-16, 2019. This event’s become a tradition since 1993 and attracts a lot of adherents every year. 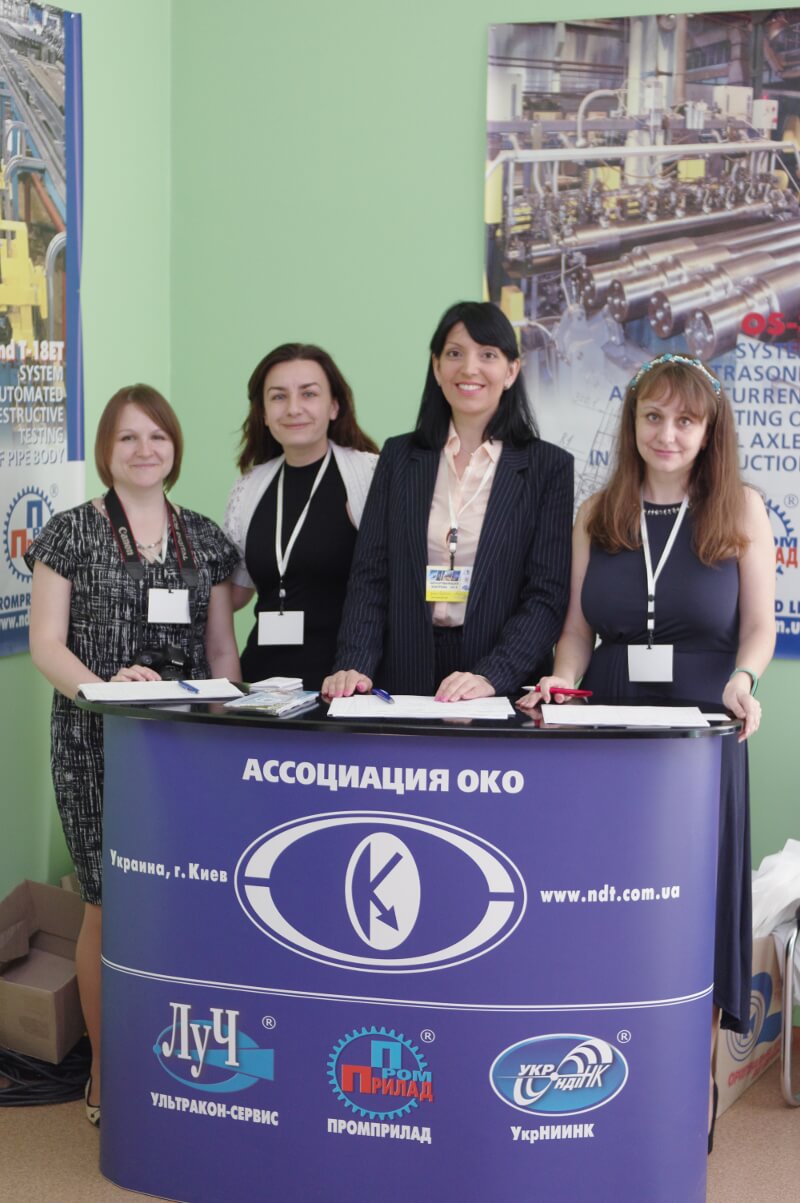 This May, the Conference gathered together the largest number of guests for these last years: about 150 representatives of different industry fields from all over Ukraine, as well as from Estonia, Lithuania, Moldova–the scientists and manufacture specialists, NDT top managers and experts, both from public and private sectors, namely: 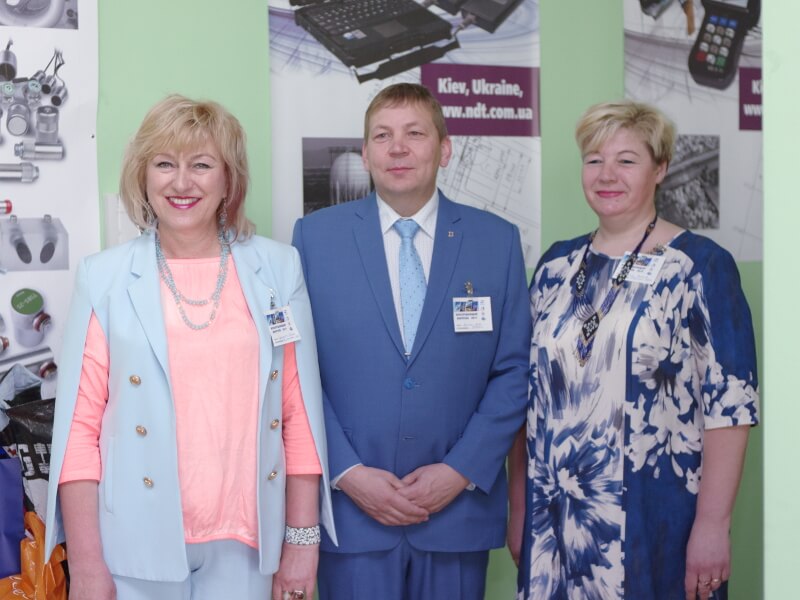 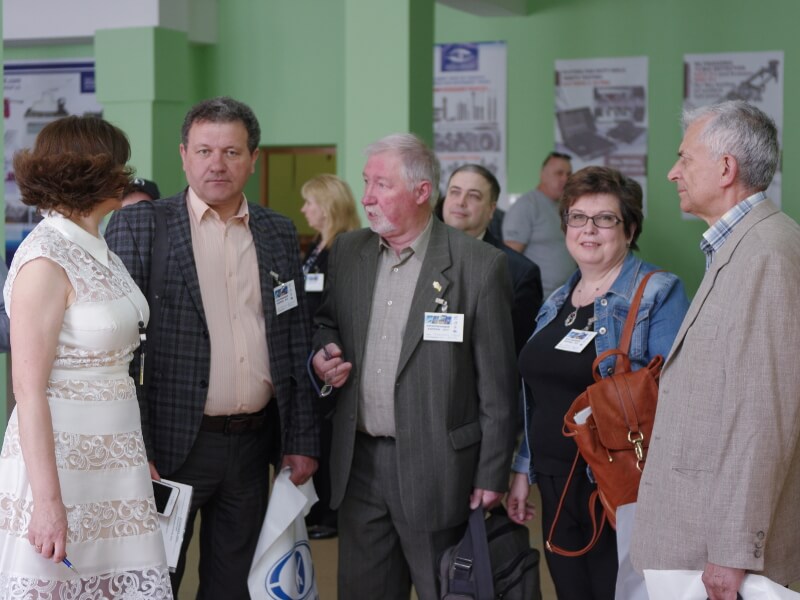 Besides the mentioned above, representatives of other organisations and industries attended the event and got a lot of updated, interesting and useful information.

The purpose of the conference is to keep everyone involved up-to-date with the new developments in the NDT field, show new methodological improvements, discuss cooperation in the process of development and design of new equipment, as well as establish business and commercial links.

The Conference Steering Committee Head, the Director-General of the “OKO” Association”, Mrs. Tetiana Lutsenko opened the event. She brought into focus the importance of maintaining the tradition of holding such events annually, since it is here that non-destructive testing experts get acquainted with the latest NDT models and share their opinions and suggestions. 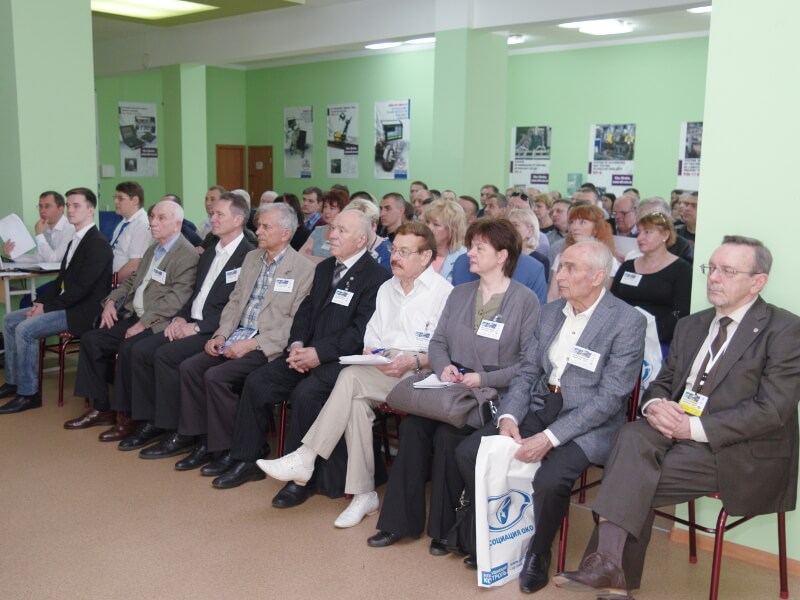 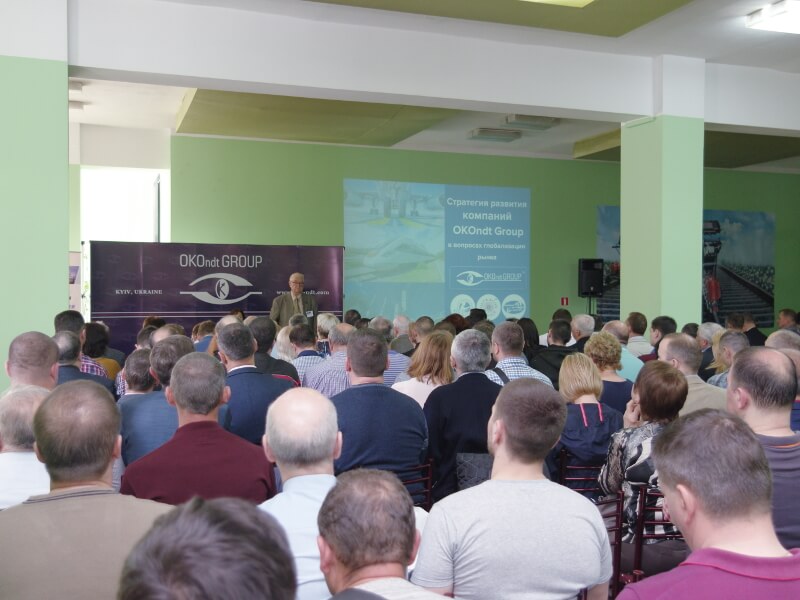 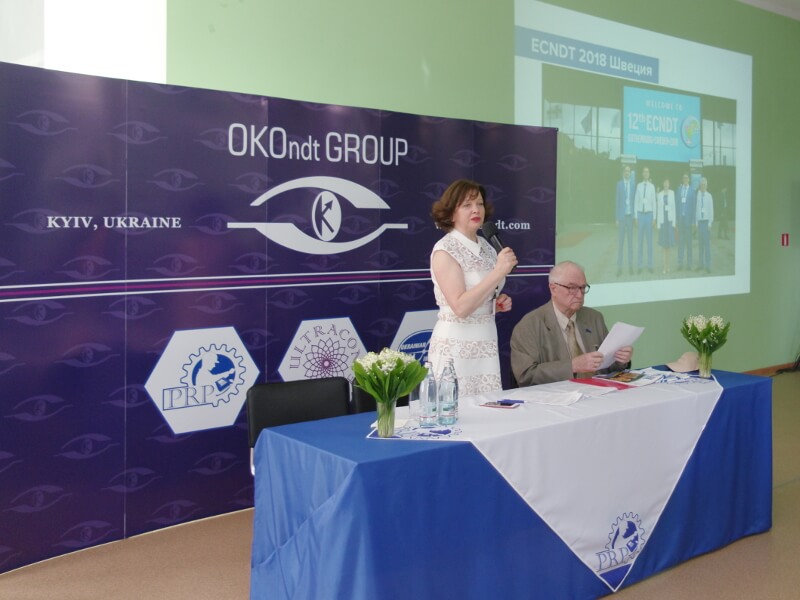 Welcome speech was also taken by the Head of Ukrainian Society for NDT and Technical Diagnostics, D.Eng.Sc., professor Volodymyr Troitskyi.

Tetiana Lutsenko held the presentation on the topic OKOndt GROUPТМ companies strategy development in terms of market globalisation, where she illustrated international activity of the group of companies, measures taken to expand the business contacts network all around the globe. In particular, the participation of the “OKO” Association” in a number of the international exhibitions was noted, e.g. ECNDT 2018 (Sweden), InnoTrans 2018 (Germany), ASNT 2018 (Texas, USA), Eurasia Rail 2019 (Turkey) and others. Moreover, the specialists in UT ans ET regularly hold presentations and seminars in the USA, Brazil, Mexico, England, Singapore, Thailand, Italy, Poland, Turkey, India, Bangladesh and other countries, both for potential customers and the trainings for those who already purchased the equipment made by our factory, for example, UDS2-77, ETS2-77 rail testing systems. Amongst our clients worldwide–and the “OKO” Association” tapped into 48 countries with its high quality products till now–we can name such well-known companies as UIA, RODER PRAZISION (Germany), Royal airlines of Morocco, Regourd Aviation (France) and the State Railways of the Baltics and CIS countries. The NDT instruments were also supplied to Canada, Sweden, Georgia, India.

The Leading Technologist in UT, CES, Denys Galanenko presented to public the review of the Association’s latest ultrasonic flaw detectors Sonocon B\BL and UT channels for the NDT process automation during the plenary session.

The Head of the NDT technologies department of UkrSRINDT, Mr. Volodymyr Mishchenko told about the experience of development of a new NDT equipment for rails. 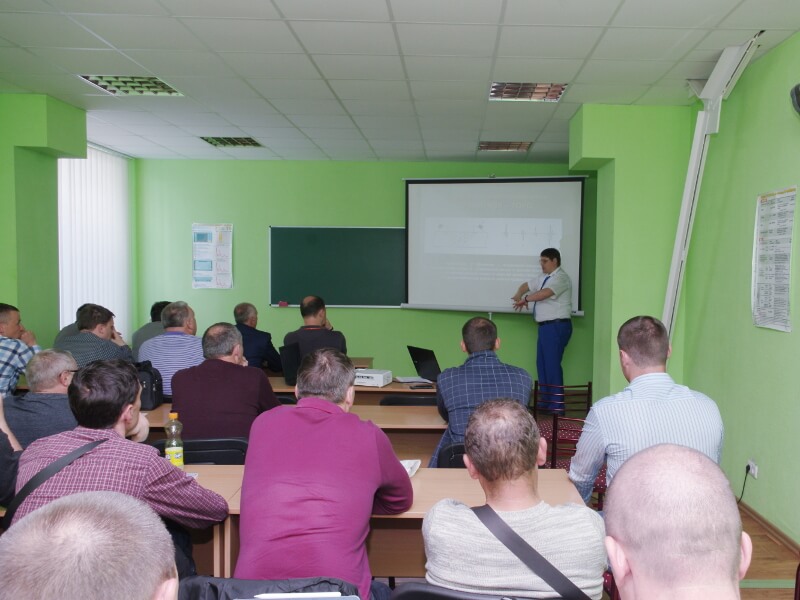 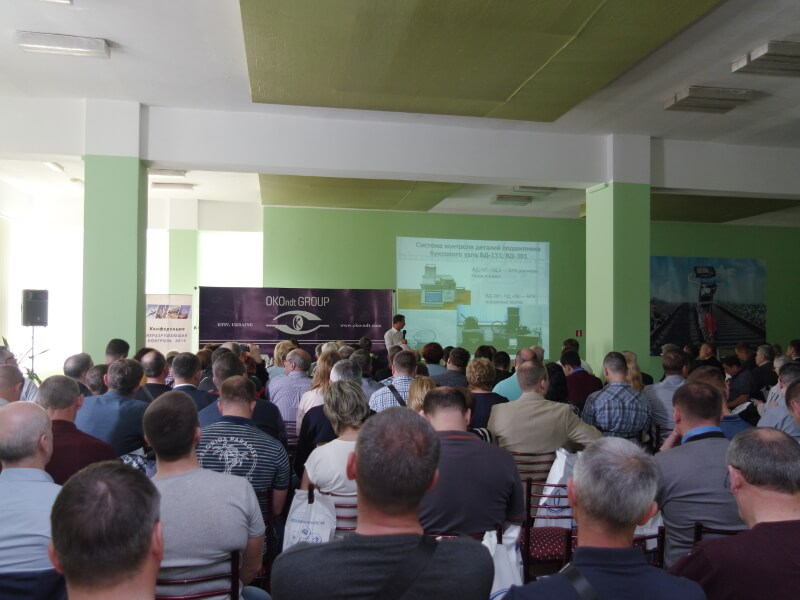 In terms of conference four sections according to their field were rolled up:

During the Railway session (heads Lutsenko T. and MishchenkoV.) the reports on the following issues were presented: NDT of railway wheelset elements with consideration of proposed amendments to the PR NK V.2 (not approved) and their compliance with the RD for the wheelsets repairing; ultrasonic testing of welded joints of critical components and railcar parts, the use of acoustic emission method for extending the service life of car trucks, a vibrodiagnostic method for monitoring bearings of axle box assemblies of railcar wheelsets. The use of mechanised and manual flaw detectors, as well as complex automated non-destructive testing of railcar wheelsets by ultrasonic, electromagnetic and eddy current methods was considered. 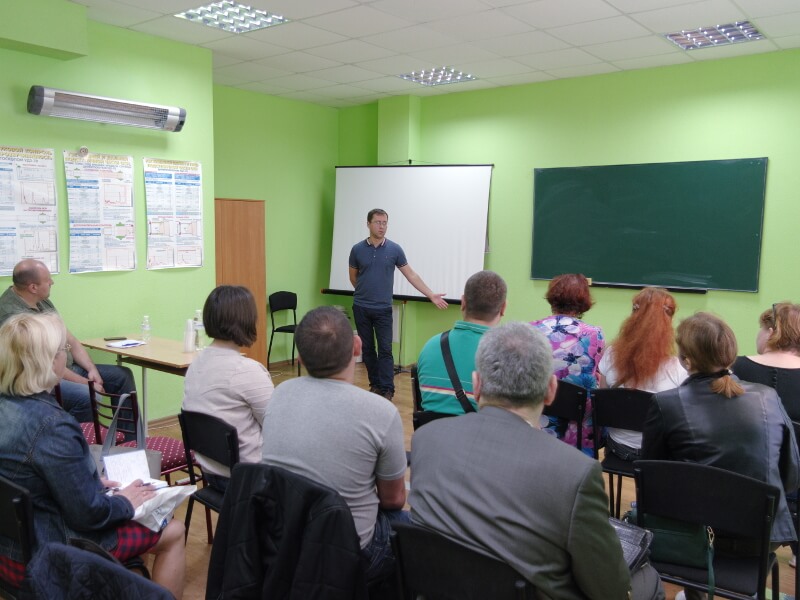 At the Energy, Oil and Gas, and Chemical session (head D.Galanenko) the report on ToFD method application for the welded joints testing and its advantages over the rest of methods was presented. The TOFD-Man System. Besides, the attendees could learn about the Sonocon В (BL) flaw detector for the ultrasonic testing of assets in Energy and Oil& Gas fields.

A roundtable discussion on vital issues of non-destructive testing in these sectors was held in a fruitful and interesting manner.

Aircraft engineering and maintenance of the airships section session (head Veriutin M.) was dedicated to: 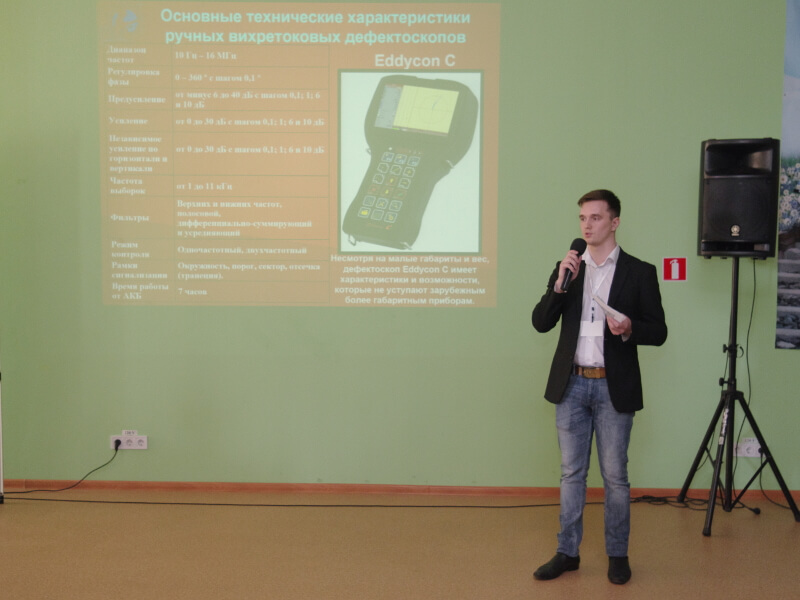 During the Metallurgy and Machinery session (head Svystun A.) the reports on the rollers testing in the process of their manufacturing by UT and ET methods by the example of the SNK В-35L System. Automation of magnetic particle inspection at production. The report on automation of the ultrasonic testing of railway axles at their production using the AXLE-4 System in accordance with international standards was also discussed. 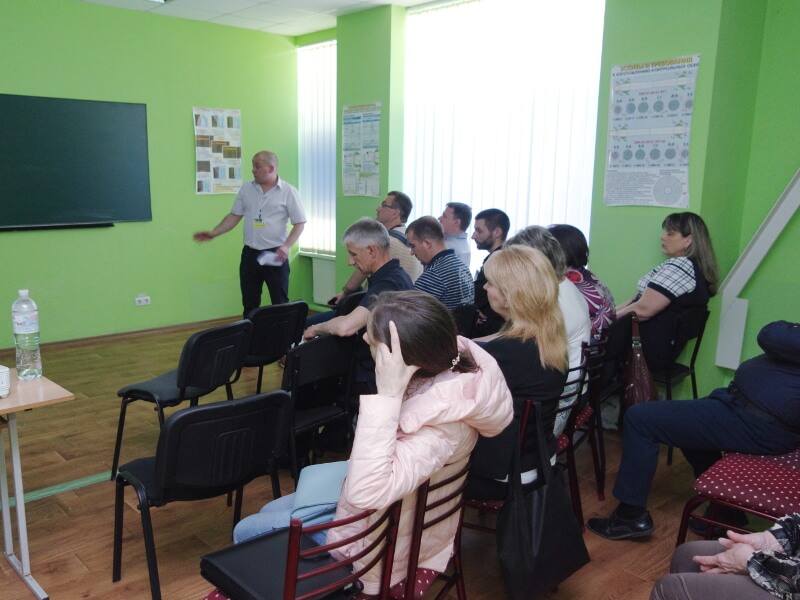 One of the conference traditions was carrying out of experience exchange seminar for the Personnel certification Bodies (PCB) in the field of NDT, Training and Evaluation Centres (head – Vitalii Radko, CES, Deputy Head of the UkrSRINDT. Over 50 specialists from the above mentioned organisations and other enterprises, especially those who are interested in certification of their personnel, participated in the seminar. During the seminar the attendees studied quite a vital question of the present– NDT GOST application for the certification of personnel – activity of which was terminated in Ukraine in January 2019. It is also actual for the Ukrainian industry, since so far a huge number of machines, mechanisms and equipment, the NDT of which was carried out for decades in accordance with the requirements of the mentioned GOSTs, are in operation. When moving to the NDT application according to DSTU EN ISO series standards, based on the differences in their requirements from GOST (in particular, to the sensitivity of testing), the reproducibility of the testing results, which is the indice of the accuracy and quality of testing, is largely lost. The question provoked a lively discussion of the specialists, legitimate options were suggested for applying the mentioned GOST in the further work of the NDT personnel, organisations and enterprises certification. One of the seminar issues was also reviewing the policies of the National Agency for Accreditation of Ukraine (NAAU), currently used in the accreditation of conformity assessment bodies. The participants shared the experience of various systems for determining the qualifications of specialists in voluntary certification, aviation, railway transport, shipbuilding, nuclear energy. All the attendees were given certificates of participation in the seminar. 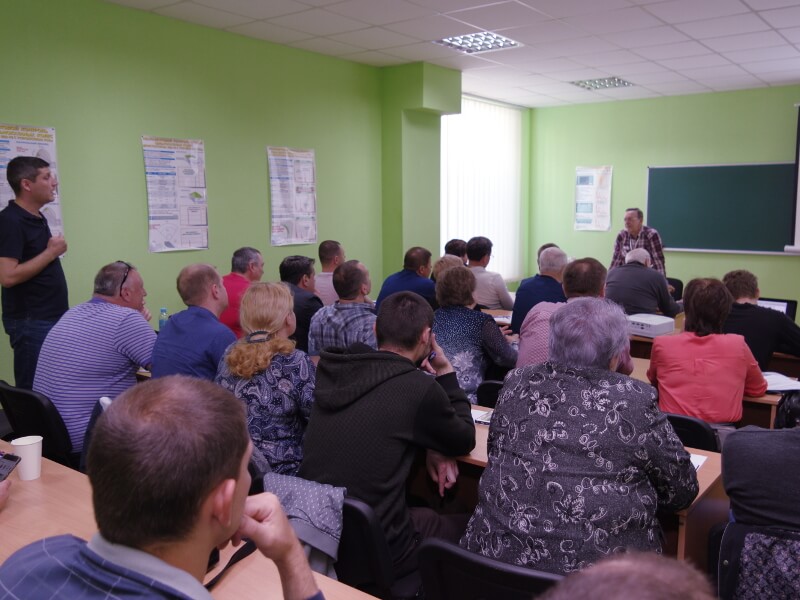 In the course of the mentioned sessions, the attendees reviewed the relevant issues of non-destructive testing, shared the problems and tasks that they face, and discussed the ways of solving.

The Conference day coincided with the birthday of Mr. Andrii Ivashchenko, the representative of UKRMETRTESTSTANDART. Everyone joined the congratulations and wishes of health and keeping high-level productivity as it is. 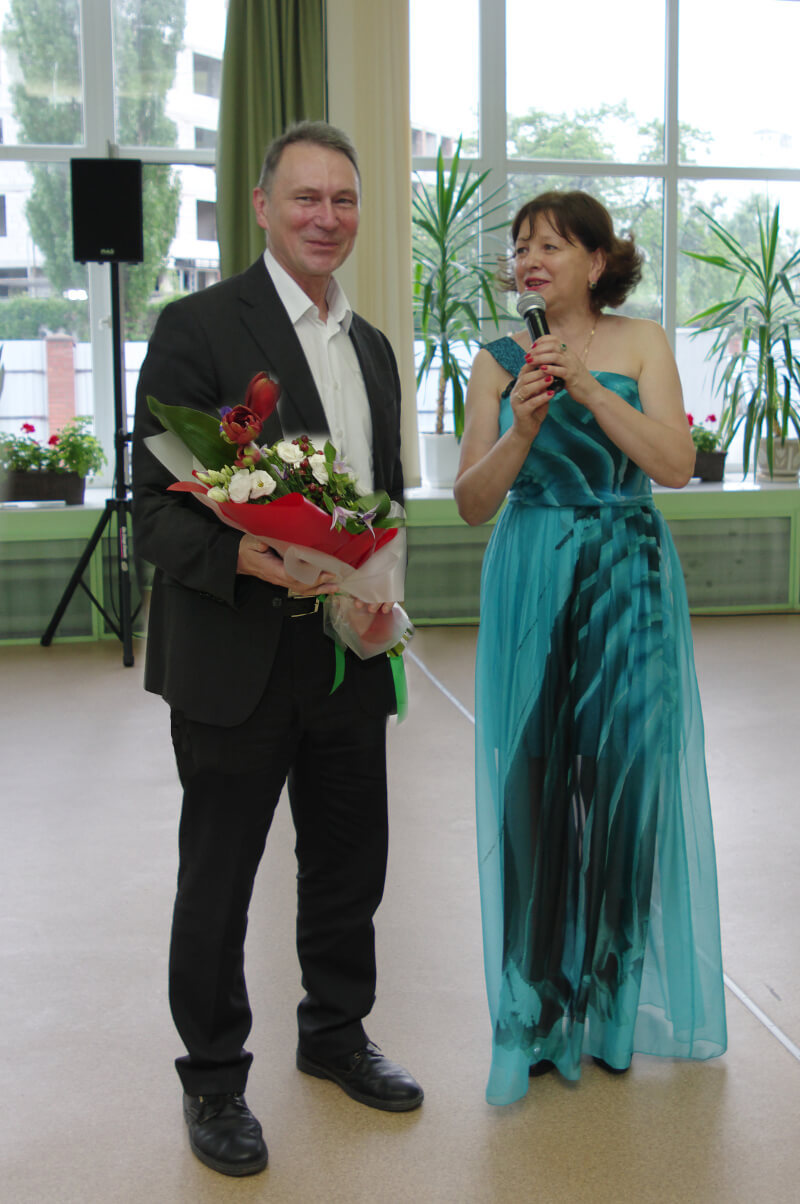 The organisers of the exhibition and conference "Non-Destructive Testing-2019" sincerely thank everyone who took part in the event.

Making sure that this kind of event shall take place on a regular basis, let us inform all colleagues working in the NDT field, that the next exhibition and conference "Non-Destructive Testing-2020" is to be held! “OKO” Association” will meet with pleasure the veterans next May, and hope to greet freshmen, young and self-motivated NDT specialists here in Kyiv. 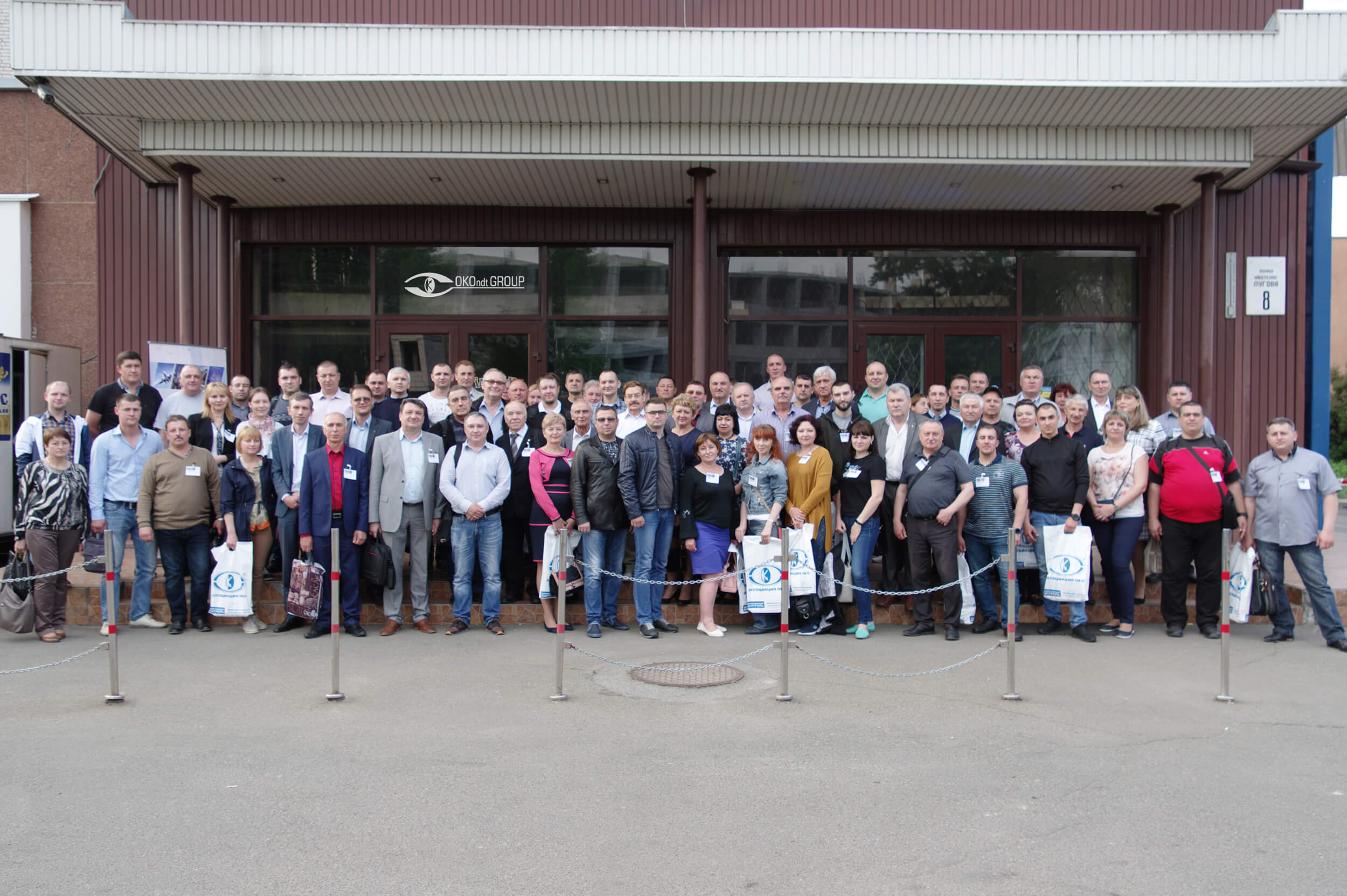